A few minutes up the M6 to another excellent literary event.

Engrossing speakers, curious and interested attendees, and book sales aplenty. These were the hallmarks of the Word 2014.

Thank you to everyone who dropped in. See you next year. 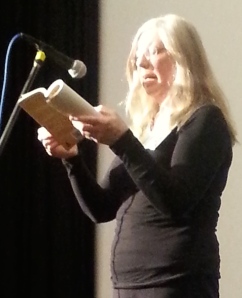 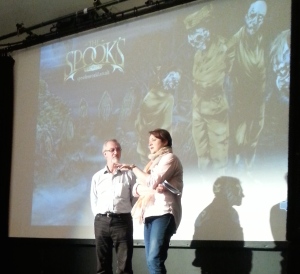 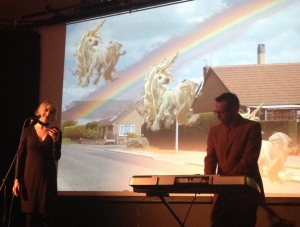 Marli Roode was born in South Africa and moved to the UK when she was 17. After earning an MA in Philosophy and Literature, she worked as a freelance journalist in London before beginning work on her novel, Call It Dog, at Manchester University’s Centre for New Writing. Her short stories Second Degree and Spring Tide were published in the 2009 and 2010 Bristol Short Story Prize Anthologies; Pieces Green was shortlisted for the 2011 Bridport Prize. Call It Dog was shortlisted for the 2013 Dylan Thomas Prize. She lives in Manchester.

Robin Jones is the Chairman of Unthank Books and a literary agent.

Unthank have published a wide range of novels and short stories, including Captivity by Lander Hawes, Killing Daniel by Sarah Dobbs, and King of the Jungle by KS Silkwood.

Last year Unthank issued Red Room, edited by AJ Ashworth, which was a series of short stories inspired by the Brontes.  The company also publishes the popular Unthology series, showcasing short stories from both new and established writers.   Unthology 6 is out this autumn and includes many North West authors.

Sarah Dobbs is an author and lecturer in English and Creative Writing who lives in Manchester and earned a PhD from Lancaster University.  Her debut novel, Killing Daniel a literary thriller received rave reviews and was nominated for the Guardian’s Not the Booker Prize.  She has also published short stories in Red Room and Unthology 3 and is working on her second novel.

Alan Whelan is a ghost-writer, author, copywriter and world wanderer based in Lytham. He has ghost-written books on subjects ranging from heart-breaking true stories to the memoirs of an entrepreneur.

He is best known for his non-fiction travel books.   African Brew Ha-Ha tells the story of his journey to find the people at the hidden heart of Africa… and sit down for a nice cup of tea with them.   His second book, The Black Stars of Ghana  documents his journey across Ghana to discover the effects of two generations of independent rule within his lifetime. Alan has just returned from his fourth motorcycle trip to Africa.

David Gaffney is the author of three critically acclaimed micro-fiction collections including the Edgehill Prize-long-listed The Half-life Of Songs and his first novel Never Never.  Along with writing how-to articles for The Guardian, Sunday Times, Financial Times and Prospect, his second novel More Sawn-off Tales, was published in May 2013.

David has been seen performing short stories with an electric guitar and his collaboration with poet, blogger and flash fiction author Sarah-Clare Conlon, Les Malheureux can only be described as a unique way of performing stories.

Les Malheureux will be performing at this year’s Word Festival.

Manchester based novelist Elizabeth Baines has so far spread her talents across writing, teaching, editing and the occasional bit of acting.  Welsh born Elizabeth is a prizewinning author of prose fiction and plays, with an established career as an acclaimed radio dramatist.  Her work for BBC Radio 4 have included the comedy series The Circle, a contemporary vampire serial Sweet Blood, and numerous single plays.  She co-founded and edited the acclaimed short-story magazine Metropolitan and has taught Fiction Writing at Bolton Institute and the University of Manchester.

This year, Elizabeth’s story Looking for the Castle was runner-up in the Short Fiction Journal Prize and Tides, Or How Stories Do or Don’t Get Told appears in the Best British Short Stories 2014.  She has been short-listed for countless awards including runner up for the Bridport Prize.

About The Word Festival

Open to fiction and non fiction writers, journalists, editors, copywriters, business writers and ghostwriters.
Write in a new genre? You're welcome too. 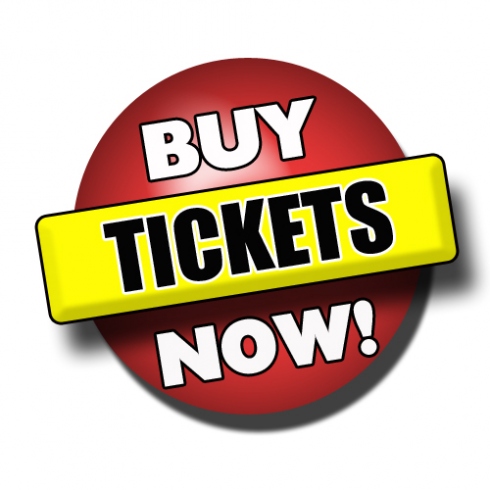